It's National COPD Awareness Month. According to Healthline, in 2010 alone, COPD claimed 134,676 lives. Chronic bronchitis is a type of COPD and 10 million Americans had it in 2011. COPD is a serious disease and clearly affects a lot of people. In honor of National COPD Awareness Month, our mid-Missouri health clinics are here to help spread awareness about COPD. We found this great article by the National Heart, Lung, and Blood Institute that strongly explains what COPD is and what can cause it. 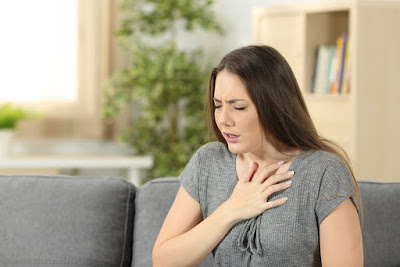 COPD, or chronic obstructive pulmonary disease, is a progressive disease that makes it hard to breathe. Progressive means the disease gets worse over time.

COPD can cause coughing that produces large amounts of a slimy substance called mucus, wheezing, shortness of breath, chest tightness, and other symptoms.

Cigarette smoking is the leading cause of COPD. Most people who have COPD smoke or used to smoke. However, up to 25 percent of people with COPD never smoked. Long-term exposure to other lung irritants—such as air pollution, chemical fumes, or dusts—also may contribute to COPD. A rare genetic condition called alpha-1 antitrypsin (AAT) deficiency can also cause the disease.


To understand COPD, it helps to understand how the lungs work. The air that you breathe goes down your windpipe into tubes in your lungs called bronchial tubes or airways.

Within the lungs, your bronchial tubes branch many times into thousands of smaller, thinner tubes called bronchioles. These tubes end in bunches of tiny round air sacs called alveoli.

In COPD, less air flows in and out of the airways because of one or more of the following:

The airways and air sacs lose their elastic quality.
The walls between many of the air sacs are destroyed.
The walls of the airways become thick and inflamed.
The airways make more mucus than usual and can become clogged.

Our health clinics at the Lake of the Ozarks hope you found this article enlightening. We also want you to know the symptoms of COPD. 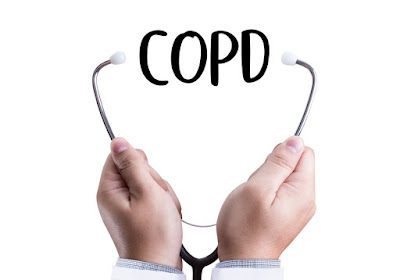 Symptoms of COPD include:

Our health clinics at the Lake of the Ozarks hope you enjoyed this article. If you ever feel like you may have one of the symptoms of COPD listed above, consult with an experienced healthcare provider in Camden County. If you ever have any questions regarding your healthcare, call one of our clinics listed below.